Mogadishu is the capital of Somalia. It is one of the major commercial cities that is located on the coast of Africa. It is important to note that the Mogadishu has been a major battleground in Somalia’s civil war from 1991 to 2012. The city has gone through the rapid construction, brand new international airport, new hotels, new embassies, and paved roads. All the financing is done by the Diaspora Somalis and the international community.

Note: There is a warning issued by the US State Department and most of the Western Nations that advise individuals to avoid doing traveling to Mogadishu for any reason. The frequent activities done by Al-Qaeda linked terrorist groups called Al-Shabaab have been involved in suicide bombing, many kidnappings, and chaos in the area. Note that there is a particular terrorist threat for foreigners in places with massive crowds and the places where Western frequently visit that include hotels, government building, airports, and shopping areas. In 2016, there were 14 documented attacks on restaurants, hotels, and an international airport in Mogadishu. It is not suitable to travel alone.

Traveling to Mogadishu can be done via air, road, and boat. All the details regarding the traveling are listed below: 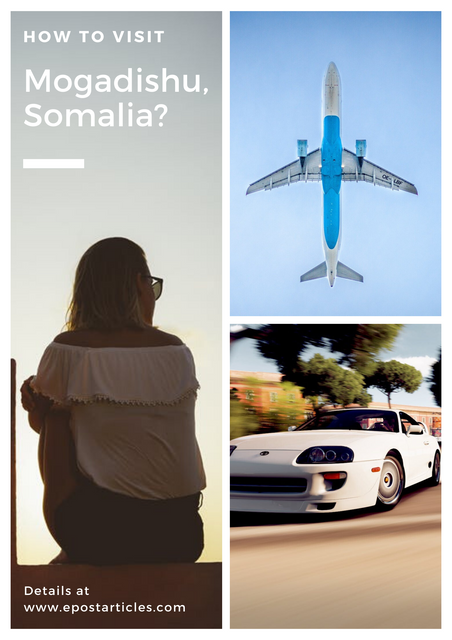 Planning your visit to Mogadishu? For this, you need to conduct research and find out the flights to Mogadishu. All the flight arrives at the Aden Adde International Airport that is located just a few kilometers southwest of the city center. The facilities provided on the airport are good and these are funded by the Turkish government along with the security, navigation systems, and control tower. But note that only a few passenger flights are present.

Below are the airlines that you can choose for traveling:

This is the only Somali-based carrier that is providing the services from Dubai, Jeddah, Nairobi, Djibouti. This airline is also providing services domestically from Hargeisa and many other cities.

This airline is providing a weekly service from Nairobi on Sunday. The returning flight will be stopping in Wajir for the security processing before going to the Nairobi.

This airline is providing weekly services from Istanbul via Khartoum or Djibouti. The flights will be departing from Ataturk Airport on Tuesday and Thursday. The Round-trip fare starts at €430. Note that Qatar Airways is also going to start the flights soon in Mogadishu.

This airline is providing services to Djibouti and it is having a stopping route at Hargeisa.

It is possible to get into the city by truck but this is considered risky if you are not traveling with the local military. You can hire them once you enter the city. Roads are linking the city with different Somali locales with Kenya and Ethiopia. Remember that you need to hire the security forces, experienced guides, and armed guards for safe entry within the city. The risk of being killed, injured, and captured is very much high.

The roads are muddy during rain but traffic lights are not operating and there is no enforced traffic laws or public transport. The road network in Mogadishu is being repaired and paved. Traveling on a vehicle with driver and armed guards is a must.

Small cargo ships leave the Old Harbor of Mombasa for Mogadishu on a regular basis. You have to speak with the security officers at the gate of the port and they will talk with you about the fare with a captain. The journey will take two to five days according to the conditions. Remember that the sea is rough in the month of July and August so the traveling needs more time. Traveling on a boat is risky because there is a strong possibility that you might be attacked by the pirates.

Places to Visit During your Trip:

Traveling alone in Mogadishu is not safe and this is strongly discouraged. Some of the historic sites that you can visit during your trip include Mogadishu old town and Mogadishu Mosque. Some other places are listed below:

Below is the list of hotels that are located in Mogadishu:

This is located at a distance of 1 mile from the airport for foreign business tourists.

It is a popular hotel for UK visitors and it is owned by a British couple.

This hotel is located in a secure place and it welcomes foreign business tourists.

It is located at a distance of 2 km from the International Airport. This is having a restaurant, meeting room, safe box, TV, air conditioning, and Internet Access.

It is one of the best hotels in Mogadishu. The manager of this place is very helpful, the staff is attentive, and the food quality is very good.

This hotel is close to Villa Somalia. This hotel is providing various services that include security, escort, airport drop off and pick up, cable TV, laundry, business center, and internet.

This hotel is close to the Ministry of Foreign Affairs.

Bakaara Market is one of the largest and open markets. This market was created in late 1972 during the era of Siad Barre. The original purpose of this market was to help the proprietors selling their everyday essentials. Unfortunately, the civil war created the demand for ammunition and arms. Everything starting from pistols to anti-aircraft weapons was being sold here. Furthermore, falsified documents, Ethiopian passport, and Kenyan passport were also prepared. This supermarket was called as Cabdalle Shideeye. This name was given after its first proprietor.

This was brief about traveling to the Mogadishu. Mogadishu has been affected by the civil war and it is not safe to travel alone and without the armed guards. But still, there are many things that can be discovered during your trip. If you are planning to visit this place, then you should book the cheap flights to Mogadishu by getting in touch with a renowned travel agency without any further delay.

Shahid Raza has been writing for magazines and newspapers since 2010, and editing and managing websites like Thunderball Results since 2011. A generalist, his most covered topics are business and technology.